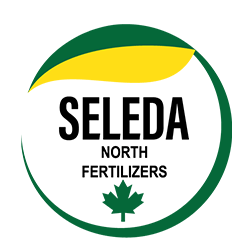 Seleda Biogas was established in 2015 within the AG Group of companies to invest in the Turkish energy and fertilizer industry with its “zero waste” vision.

From the stage of project to the completion of the facility, a rapid development process was initiated in cooperation with local and foreign names and companies specialized in their subjects, and a serious knowledge was gained with entrepreneurship excitement.

At the end of 2 years, the project on paper came to life as the largest integrated biogas fertilizer production facility of Europe in Kirklareli Babaeski district on an area of 200.000 m2.

Biogas is defined as the conversion of energy sources such as renewable energy, solar, wind and water, which are constantly present in nature without producing any waste and harming the environment. It is not only eco-friendly, but it also caters support to fight against pollution. If they are not properly disposed of, all kinds of animal and vegetable organic waste cause environmental pollution which its disposal is costly and requires a lot of work. Seleda is responsible for producing sustainable energy by processing approximately 1000 tons of organic waste per day at the biogas facility in Trakya. Thus, it prevents possible diseases, odor and contamination of groundwater from the unregulated release of waste to the nature.

Biogas is a colorless, odorless gas mixture resulting from the decomposition (fermentation) of animal, vegetable and all kinds of organic wastes in an oxygen-free environment. Biogas which is lighter than air burns in an appearance of a bright blue flame. The composition of biogas contains 60-70% methane (CH4), 30-40% carbon dioxide (CO2), 0-2% hydrogen sulfide (H2S), and a small amount of nitrogen (N2) and hydrogen (H2). Seleda Biogas produces approximately 4.3 MW of clean energy per hour in its plant equipped with the latest technology.

The facility which has waste preparation and feeding system, biogas production, composting area, solid and liquid fertilizer production and liquid fermented waste biological treatment continues to operate in an integrated manner. The vision of “zero waste” which constitutes an important model for productions also plays an important role in efficient use of resources and reduction of environmental pollution and carbon footprint.

What is the vision of “zero waste”?

The vision of zero waste is that the outputs generated at each stage of production at the integrated biogas fertilizer facility turn into value added inputs. In the first step, the biogas process converts the organic waste input into energy and heat output. While the clean

Energy generated covers the deficit in Turkey to a certain extent, the heat output meets the heating and steam needs of the facility (including digesters, compost plant, fertilizer plant, administrative buildings and social facilities). Compost fertilizer, which is the result of the biogas process is processed in the plant production and it provides granular fertilizers. Biogas liquid is the main resource of liquid fertilizers. In this way, the plant produces fertilizers by leaving zero waste while cleaning the environment and generating energy at the same time. Since the organic matter amount of liquid and compost produced from biogas is very high, all Seleda products contribute to increasing the low amount of organic matter in Turkey’s territory and developing good agricultural practices.

Anaerobic digestion is a process in which organic compounds are biodegraded in an anaerobic environment and biogas is obtained as a product. The process generally takes place in four main reaction steps. These steps are as follows;

Each of these steps may be performed by a different population of bacteria. The products formed as a result of a reaction step have a potential of being nutrients for the next step of reaction.

The anaerobic degradation process begins with the hydrolysis of large organic molecules (polymers), such as protein and polysaccharides. Monomers that are formed in the end of the reaction are broken down by bacteria which does acidification in the second step. Monomers consist of glucose, hexoses, pentoses (sugar), amino acids and alcohol. In the second stage, highly organic volatile acids (propionate, butyrate, acetate and others) are formed.

As it can be seen from the reactions (1) and (2), the organic content of glucose turns into acetic acid.

High organic acids are converted to acetate by the acytogenic bacteria. (Third stage)

As a result of the above reactions, CH4 is produced by methane bacteria.

Sign up to be informed about campaigns and innovations about Seleda.

Any cookies that may not be particularly necessary for the website to function and is used specifically to collect user personal data via analytics, ads, other embedded contents are termed as non-necessary cookies. It is mandatory to procure user consent prior to running these cookies on your website.